He is President/CEO, and majority shareholder of Jose I. Guerra, Inc., a full-service facilities engineering firm with offices in Austin and San Antonio, Texas. The firm provides a comprehensive range of Civil, Structural, Mechanical, Electrical, Plumbing and Fire Protection Engineering services to clients throughout the State of Texas.

Rick has been an active member of NSPE since 1994. He was president of NSPE-Texas in 2017 and has served on numerous committees and tasks forces at the national level. In 2018 he was named a NSPE Fellow.

Rick is also an active volunteer for his church, Boy Scouts of America and various other community organizations. He continues to promote the engineering profession by serving as a guest lecturer at UT Austin, acting as a high school Career Day host and serving as an engineering mentor for local high school students.
Speaking At
Panel Discussion: Licensing – the future of the P.Eng. in the Face of Emerging Technology 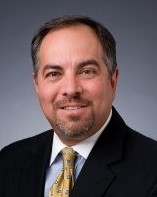