Matthew served in the Canadian Forces for 20 years as an aerospace engineer. This included serving as chief engineer for a fighter squadron and leading a team of international flight test professions conducting test and certification of high-performance aircraft and escape systems. He holds degrees in computer engineering, electrical engineering, divinity, and a graduate certificate in restorative justice.

In 2006 he was appointed a commissioner by the Lieutenant-Governor to hear workers’ compensation appeals, a role he continued for nine years. He also worked as a consulting forensic engineer performing fire and electrical failure investigations.

In 2015 Matthew joined APEGA as the Deputy Director of Registration and in 2016 as the Director, responsible for processing some 7,000 engineering and geoscience applications per year. In his present role as Chief Regulatory Officer he is responsible for all regulatory activities at APEGA: investigation, discipline, protection of right to title and right to practice, professional practice, examinations and registration.
Speaking At
Panel Discussion: Licensing – the future of the P.Eng. in the Face of Emerging Technology 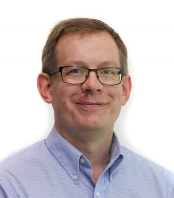